Tom Mowdy, Taylor, TX 9/1/14.  Along with other political candidates, I was asked to speak at the August 30th Hutto Ecofest event.  The focus was on Wounded Warrior Cory Tijerina. Cory was wounded September 24, 2010, on road security with the 82nd Airborne in Afghanistan.  Cory is now bound to a wheel chair. We met several weeks before, and hit it off.  We are both combat and 82nd Airborne, "All American," veterans. I was very fortunate in war, not so for Cory, and too many others.  I feel protective about them.

I flew helicopters for the 1st Cavalry Division (Airmobile), in Vietnam, 68 and 69.  I was a combat assault flight leader.  Our job was to find the enemy and attack in a tactical maneuver called the "Combat Assault."  The Chicago Tribune wrote a story on my unit and the orchestrated combat maneuver.  The reporter, Ridgely Hunt, rode with me for a day, through three combat assaults and a night mission.  Fourteen hours of combat flying.  We were hit once and had one aircraft shot down, a familiar day.  The Tribune article article can be found on my web site under "About Tom."  I'm a front line veteran with a disability, I led more than 200 combat assaults in Vietnam. 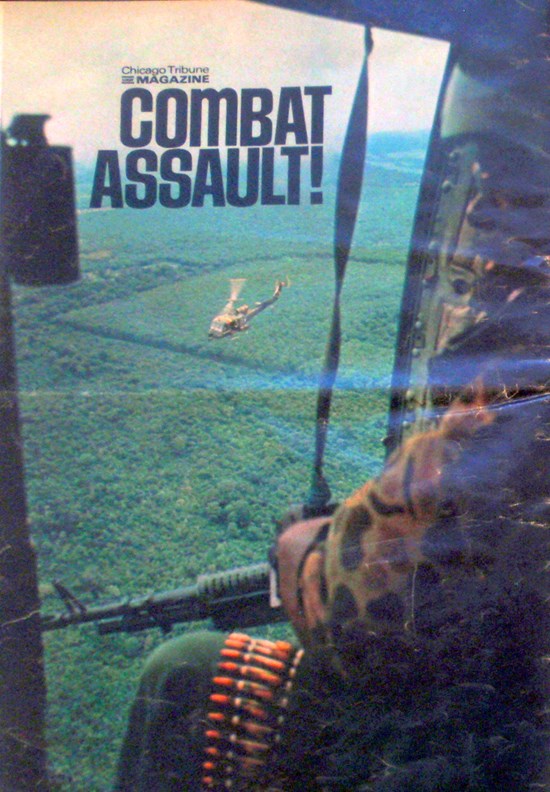 I have reasons why I'm running for office.  Those reasons are about transparency, moral standards, fiscal responsibility,  truth, and the principles and nation veterans fought to defend.  So, while sitting at the Ecofest, I hear a politician make statements which I realized were not true.  And, those statements involved honoring and respecting our military veterans and the reasons for their sacrifices.  He was not my opponent, I'm running for Wilco County Commissioner, Pct 4.  The politician who made the claims is my State Representative, Larry Gonzales. I'm his combat veteran, senior citizen, constituent.


As a veteran and senior citizen, I wrote to Larry Gonzales, about a fraudulent lien claim against our homestead. (First Letter Jan 15, 2014) (Second Letter)  A retirement home my wife and I designed and built.

We won the case and the lien has been dismissed.  However, there were legal flaws within the processes that were very disturbing and we wanted law enforcement to act, and our legislature to be aware.  We don't want anyone else to face that ordeal.


A false document was filed against our home and we were forced to defend against a $113,000 claim on our homestead.  The document was obviously false from the beginning and had no signatures or contract wording and the numbers did not add up. We won the case in arbitration.

But, laws that should have prevented the false claim, were ignored.  And there should be laws that force arbitrators to follow rules and accurately calculate the cost involved in these type fraud cases.  Our letters to Larry Gonzales were about future protection, for all citizens, from legal predators.  The Wounded Warrior, Staff Sergeant Cory Tijerina will soon be a new home owner.  The laws we wanted to talk about would protect Cory's property rights by preventing unscrupulous contractors, and their lawyers, from filing fraudulent liens. 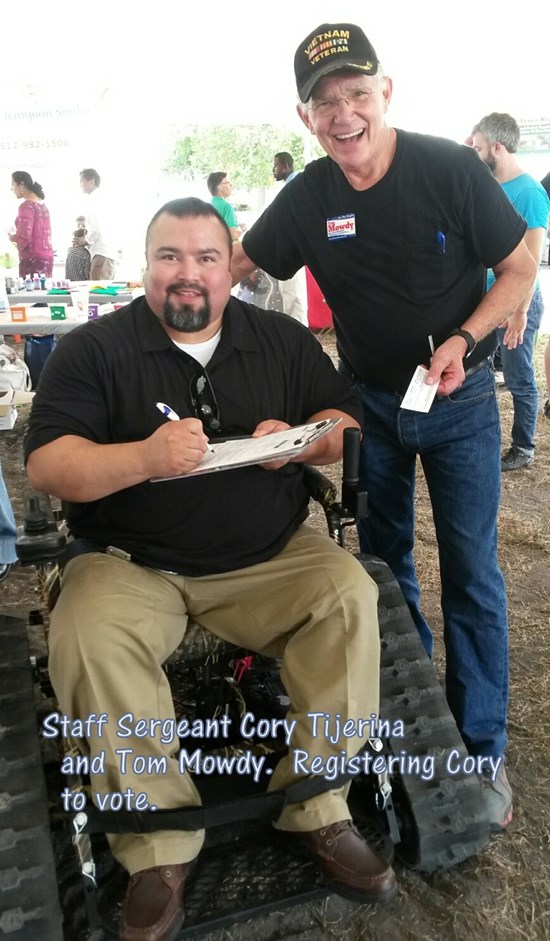 I was fortunate when the false claim was filed on our home.  I have the education and experience, I have a Masters Degree in Public Administration, I am a U.S. Army Command and General Staff College honor graduate. I have extensive government and business experience.  I'm in good health.  I have been fortunate and successful.  I was able to act as our lawyer and defend our homestead against two "Super" lawyers.  I think of Cory who had head trauma when he was wounded, he has concentration lapses, and would not have been able to defend his home.

My wife and I won our case, defending ourselves without a lawyer.  If we had not done so, and could not afford up to hundreds of thousands of dollars in legal fees, we would have lost our home.  It doesn't take much research to determine there are vulnerable seniors, and veterans like Cory, and many others who would have lost their homes.  And if they could hire a lawyer, it would be a large up front expense unlikely to be recovered.  We experienced a crime and obvious threat to the security of our aging population, families, widows, and veterans.

Our case was a clear demonstration of the problem, and my wife and I were seeking concern, understanding, and help from State Representative Larry Gonzales for that problem.  But, his failure to respond clearly indicates he has no real concern about these veteran, citizen, and family security issues, or constitutional violations.

All our communications with Larry Gonzales clearly stated that I am a senior citizen and retired military officer, a veteran.  We sent our certified letter, with more than 250 exhibits, to Larry Gonzales's published Round Rock POB.  It laid there for a month, without being accepted.

Finally, we were advised the Attorney General (AG) response was the AG did not have enough complaints like ours to do anything.  The response was a clear message to us, from Mr. Gonzales and Greg Abbott.  Their message was that constitutional violations against combat veterans, their wives and families, and all other citizens, are acceptable within a certain number and that acceptable number of offenses has not been exceeded, so go away.

I then asked the person, at Larry Gonzales's office, to find out how many complaints "like ours" the AG presently had, and how many do they need before they will do something? (Email request Feb 11, 2014) We wanted to know how many citizens and veterans must complain about constitutional violations before Greg Abbott will have any concern?  We also asked to meet with Larry Gonzales to discuss the issue. This combat veteran, senior citizen, and his wife, have not received a response to these questions that we asked months ago.

Now, sitting in the Ecofest audience, waiting my turn to speak about energy and the future, I hear Larry Gonzales speak.  He is claiming respect for veterans and honoring their service while pointing to Cory in a wheelchair.  Cory, a soldier wounded in battle, paralyzed for life, while defending what Gonzales won't.  Gonzales refused to stand up for the rights that veterans fight for, and sacrifice to defend.  What he was saying on stage, about his respect and honor for veterans, concern for their lives, their families, and the American way, is not supported by what we can document he actually did off stage.

I could not allow such self serving and false patriotic claims to go unchallenged when I know there is undeniable evidence that Larry Gonzales ignored this combat veteran's complaint about a failure of legal enforcement, protective rights, and due process, and refused to meet or say anything to the veteran.  I opened my speech by telling the audience about Larry Gonzales ignoring this veteran's two certified letters, and then proceeded with my talk about energy and the future.

Mr. Gonzales is not my opponent.  But, he does represent the political games that I hate and cannot ignore.  I deeply resent anyone using veterans as a political tool on stage while ignoring proof for laws needed to protect their homes and lives when they, their families, or any citizen, becomes vulnerable.  If I had died or became ill during our ordeal, unable to defend our home and assets, my wife and I could be destitute today.

The arbitration service cost us over $12,000.  But, we charged the fee on our American Express card and, although we won the arbitration, we disputed the fee on grounds the arbitrator did not provide the promised determination of facts, he violated rules, and he violated our constitutional rights and we provided such evidence with our dispute.  The arbitrator had an opportunity to defend against our complaint.  American Express agreed with our evidence and refunded our money.

The deceptive trade and constitutional violation evidence we presented to American Express, against the arbitrator, was the exact same evidence we presented to Larry Gonzales and Greg Abbott.  (Complaint to AG)  A large financial corporation stood up and defended Texas law and the due process and constitutional rights of this veteran and my family.

Larry Gonzales is my State Representative and my questions remain unanswered.  Have we veterans yet earned our constitutional rights with our sacrifices? How can other citizens earn their rights?  How many constitutional, civil, and criminal violations against his constituents, including veterans, Wounded Warriors, seniors, children, women, and every other citizen, are acceptable to Larry Gonzales and Gregg Abbott?  What is that number, and who can we trust to do the counting?